A crazy host, a fat Jan and a passionate candidate brewer. There was nothing else needed to make a concept with these mix of friends in 2015 that eventually resulted in the creation of a first beer ''Dikke Jan Tripel".

After having followed a ''Artisanal Brewing'' course, we experimented with the 'Braümeister' for a year, a small-scale, handy brewing kettle, to develop a own beer. It became the dark-blond tripel with quirky features.

The many currently offered beers, brewed artisanally or not, often have a monotonous taste and are very similar. The brewer of Dikke Jan wanted to distinguish himself and give his own accent to his beverages. The hoppy touch in beer is becoming more and more popular, and this trend does ''Dikke Jan'' than also follow perfectly. A delicious nose before tasting sharpens the senses and prepares them to taste the strong taste and to apprciate the eventual slightly bitter aftertaste.

A second beer was launched during 2016. ''Dikke Jan Blond'' is a light blond beer of 5,5 alc vol%. It is of course also a beer of high fermentation. The blond Dikke Jan is clearly family of the Tripel. One finds the fine notes of the Tripel in the aroma. Yet, it is a beer of its own; fresh, hoppy and with a nice aftertaste. For those who shun the high alcohol percentage and still aspire to a full taste.

Finally, the ''Dikke Jan Bruin'' was launched on the marked in early 2017. A dark brown, almost black beer with everything a complete brown beer should have. We can go a long way with these beers in the range.

The intention is that from 2018 every year at least one seasonal beer is brewed that, depending on the success, the range will be included. 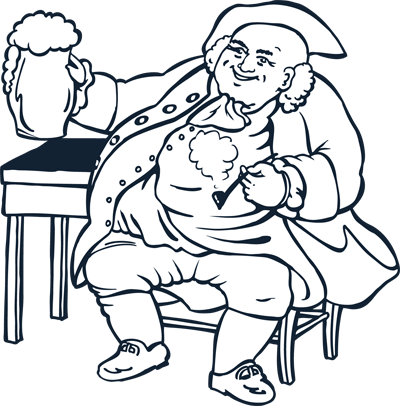 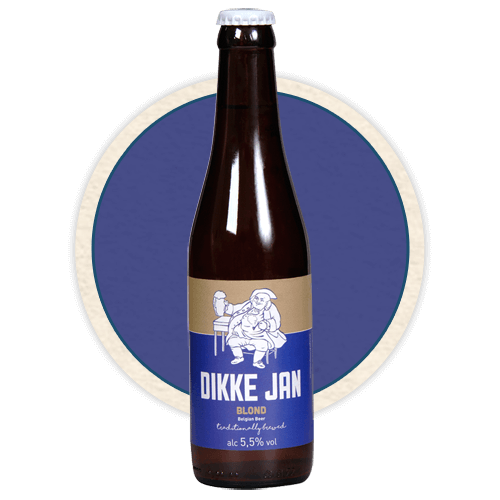 The "Dikke Jan Blond" is a pure blond beer, only brewed with lager malt and a flake of corn. The low alcohol percentage (5,5°) is deliberately kept at this level. This is not lager. Many think that because of the low volume in alcohol this is rather a lager, but nothing is less true. The beer is first brewed with high fermentation but has a very strong fresh hoppy taste. A real thirst quencher. The pleasant bitterness together with a subtle citrus touch makes this beer a hit. 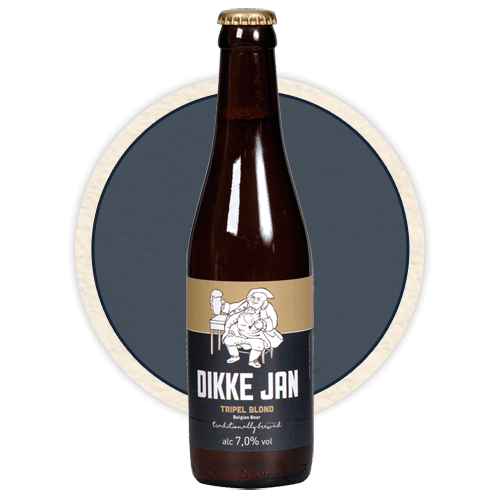 "Dikke Jan Tripel" is a blond beer (dark gold) with a nice creamy white foam head. The aroma has a touch of cheese in the nose. Fruity. The taste is slightly bitter with a lasting slightly bitter aftertaste. A taste that lingers. The nose has a slightly sweet aroma, cake touch. However, the beer is nice and dry. Light touch of spices is also noticeable! Slightly hoppy. The beer is well balanced. Three types of hop and as many malt varieties make this beer a topper. 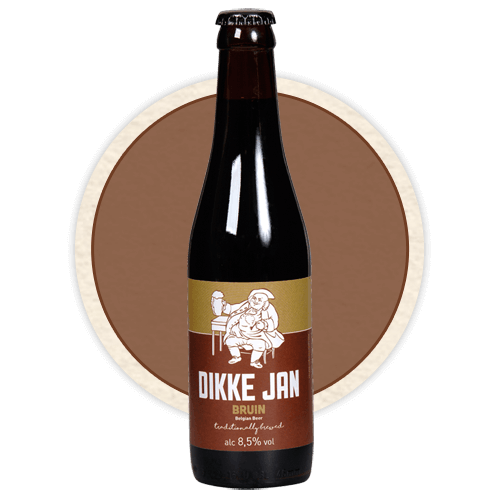 "Dikke Jan Bruin" is a brown/black beer of the Porter of Stout type, but with a less shart but also very tasty version. The beer is made from pure barley malt with a portion of roasted malt together with a hint of wheat malt and corn flake. This gives both the colour and the typical taste to the beer. The five different malt varieties and three types of hop give this beer a unique character. Together with a slight touch of herbal, all this results in a taste ''Dikke Jan'' worthy.

Dikke Jan is available in 150 sales points in Vlaanderen.

Search below on province for the closest place in your area.

Dikke Jan is brewed by ourselves in the installations of brewery DECA in Vleteren (Woesten).